Learn the Top Facebook Trends to Improve Your Organic Trends

Bearing this in mind, to stay competitive and rise above the competition that uses social media marketing services, you need to closely monitor Facebook trends and follow them diligently. Let’s discuss the top ones, learn, and implement them to boost organic trends.

Following the Instagram exclusion of private like counts, Facebook has been testing hiding likes counts from its users in several countries for almost a year now. The aim is to make users experience less stressful. If the results come nearly as positive as the Instagram users’ were, the trend of like exclusion will surely continue. This will have a substantial effect on determining the engagement rate by like count and cause a fundamental change in the relationship between businesses and influencers. This match has been one of the most successful ones when it comes to social media marketing.

Reinforcing focus on photos and videos

When it comes to audience engagement, the video has been holding the number one spot for quite some time now, followed by photos and only then written posts. Facebook video statistics are staggering, with over 8 billion videos being watched every day. With the announced change of policy towards post likes,  Facebook will undoubtedly reinforce its focus on visual content, too. The result would be a more fierce competition for the users’ attention. Offering a full pack visual presentation focusing on videos and photos will become an obligatory part of the social media services. Since most video and photo views happen on mobile and in a silent mode, one important notion is to make sure you use proper video format and include captions.

AR and VR are here to stay

Since December 2019, Facebook has made it possible for its users to create their own AR effects using Spark AR Studios. On top of that, Facebook is showing an increased interest in AR games. Facebook gaming offering has been expanding at a high rate, and playable ad format shows excellent prospects. This opens great opportunities for both mobile app advertisers and their users. The users can try the app before installing it. Simultaneously, the vendors get useful data on their potential customers and can follow up with a suitable campaign.

The recent statistics say that nearly 140 million small businesses are using Facebook at the moment. This is a massive number of users that cannot be overlooked. What is even more interesting is that the number of small businesses using Facebook a year ago was 90 million. This means an increase of more than 50 percent within a single year, which naturally cannot go unnoticed and unanswered. Automated Ads, an appointment tool, and other new tools for small businesses have already been introduced this year. The trend of providing small businesses with the same line of services that only the big companies had access to will surely continue.

Facebook’s owner Mark Zuckerberg has announced in one of his 2020 posts that they will continue to promote the creation of smaller communities within the platform in the next five and more years. This means prioritizing Facebook Messenger and Facebook Groups, including other connected channels, such as WhatsApp and Instagram. Many brands have already achieved success using private Instagram accounts and made a mark in Private Groups once they were allowed access last year. The brands’ battle for better positioning within private channels and interactions has only begun, and we’ll see a lot more of it in the days to come.

FB5 is well on the way and shows proof of Facebook’s trend of promoting private interactions. One of the redesign ideas is to give prominence to Facebook Groups. This will be obtained by the new outlook and a personalized feed of the Group Tab that will make it easier to discover and showing Group updates more frequently in News Feed. Furthermore, Facebook will be making group recommendations across all of its platforms and continue adding additional features, starting with Health Support and Gaming Groups. If the feedback is positive and new features turn out to be successful and welcomed, similar ones will be added to all others if they turn out to be successful.

Facebook is still going through ad-targeting-related headwinds and uncertainties caused by the issues related to inadequate users’ privacy protection. European Union regulatory changes on one side and stricter privacy rules coming from Google’s and Apple’s mobile operating systems on the other influenced Facebook’s changes to the privacy policy, all intending to create a more private platform. Coupled with the launch of Off Facebook Activity, the users are now more than ever in control of the data being shared with the advertisers. This will surely fundamentally change the way ad-targeting is being done and demand adaptation of all Social Media Marketing Services.

Even though almost 95 percent of Facebook marketing profits come from mobile, the desktop is still holding its place. The recent improvements being made for desktop users, such as the Desktop Messenger app that includes collaboration features and group video calls, will make desktop users attractive target again, particularly in the business marketing sphere.

Being in the Social Media services business is a dynamic occupation. It demands close monitoring of the upcoming trends and changes and prompt accommodation. This is particularly true for organic trends whose scope is continually being narrowed. The only way to stay competitive and successful is to be on alert at all times, so keep your eyes peeled for any upcoming Facebook trends, as well. 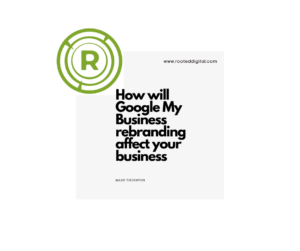 How will Google My Business rebranding affect your business

Google is trying to move away from the Google My Business (GMB) application for small, single location operations. They are trying to make it easier for single location businesses to be able to manage their profile all within Google Search and Google Maps.

Why Companies Should Spend More on PPC Advertising

PPC is highly targeted, very cost-effective, generates high conversion rates and gives you lots of opportunities to reach your clients and hopefully close them. In fact, there are many businesses nowadays who are raking in money by simply getting a PPC campaign up and running. Why, Because it works! 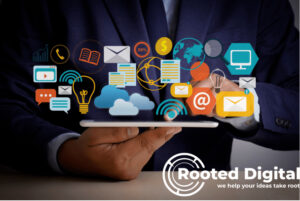 Why Is Digital Marketing Important for Startups

For startups, the only hope of being successful is in marketing better and more efficiently than old businesses. Startups often have a limited budget, which means that they have to make the most of their limited finances in reaching customers and developing revenue.

Stories and Insights you won’t delete.

Come on, let's talk about your goals and aspirations for your product/service.

Don’t worry there is no charge for this session. However you will gain some insane value from our 30 minutes.